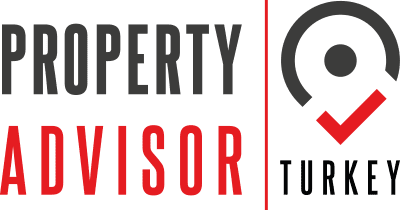 In the last 10 years, Turkey has become an attractive destination for tourists from every corner of the world. It also succeeded in drawing attention and get a prominent economic value and become an appealing hub for investors worldwide.

This significant status is due to its strategic location, straddling two continents, and having a rich culture with a mixture between east and west. In fact, being in an intermediate position between Asia and Europe facilitates the trade exchange and captivates international investors.

In this article, we will be pointing out the reasons why you should invest in Turkey.

Why Should You Invest in Turkey?

Turkey’s economy has remarkably developed recently. It has become one of the fastest-growing economies globally, with an average annual GDP growth rate of 5.5%.
Employment and income have increased considerably. Moreover, Turkey has witnessed an increase in foreign trade and investment. As it has a free-trade agreement with 22 nations, it has an important share of foreign investment, especially with its largest trade partners, including Germany, Russia, Uk, and UAE. Iraq, Italy, and China, most of them ranking first in both import and export.

Turkey is distinguished for a young and dynamic population, with half of it under 32 years old. It also includes a well-educated competitive proletariat with a high productivity rate compared to other countries in the world.

Turkey has an advanced fundamental infrastructure that is required and adequate for all types of investment. From electricity, communication to technical infrastructure, Turkey is considered one of the leading countries in this field. Turkey is mainly developed in transportation with 100 airports, 20 of which are internationals. Besides, it has a high-developed coastal and maritime infrastructure with 70% coastline borders.

Turkey has been lately a popular destination for several ex-pats from all over the world for its comfortable living standards. Despite the difference from one city to another, the cost of living in Turkey is still considered reasonable compared to other countries.
Food, healthcare, water, electricity, and other vital needs are affordable based on the GMI ( guaranteed minimum income).

Turkey is a free-visa country for many nationalities in the world. Some of them are even allowed to enter Turkish territory only with their ID without their passport. Some other nationalities can visit Turkey with an e-visa application. This makes Turkey an easily accessible destination. Moreover, the Turkish government has set specific regulations to facilitate obtaining a Residency permit and Turkish Citizenship by investment program.

Is it Safe to Invest in Turkey?

Most people willing to invest in Turkey must be wondering about Turkey’s situation and how safe the investment in this country is, which is totally a legitimate question. We can’t deny that the Turkish economy previously faced some instability. However, it succeeded in overcoming these difficulties and staying firm providing a solid and secure platform for investors. We can even note that Turkey has become one of the safest investment hubs globally, giving prominent opportunities in different sectors.

The Turkish government has set an efficient and transparent economic plan to attract potential investors by providing them comfortable and secure conditions to establish their projects. Thanks to this, Turkey became an economic, cultural, military, and political force.

According to World BANK, Turkey is nowadays an upper-middle-income country. It has also witnessed a remarkable reduction in poverty level, which took the country’s economy to a higher position.
New reforms have been set in addition to free-trade deals with many countries lately with the UK, strengthen Turkey’s investment value. In 2020, Turkey was one of the few countries whose GDP recorded growth thanks to minimal restrictions during the pandemic, preventing it from negatively impacting its economy. Moreover, Turkey’s government debt to GDP ratio has remarkably decreased from 75.5 % in 2001 to 39.5% in 2020.

What is the best way to Invest in Turkey?

We should mention that real estate is one of Turkey’s economy’s safest and most rentable sectors. It has mainly boosted with foreign investors’ contribution thanks to the appropriate legislation that allowed foreigners to own properties and benefit from it since 2012. Specific facts constitute the significant factors of real estate development in Turkey.

The Turkish government has set a major plan of urban regeneration in the whole country, affecting most neighborhoods in all the Turkish cities. This agenda improved the living conditions and enhanced the infrastructure by renewing the vital structure, providing a suitable atmosphere for both living and investing in the real estate market.

The demand for properties in Turkey and especially in Istanbul has considerably increased. Home sales in Turkey have recorded a number of 8.3 million in the period between 2015 and 2020. In fact, the demographic pressure boosted the real estate market appeal as turkey has a high fertility rate recorded as approximately 2.1 children per woman. To conclude, all the facts mentioned above have contributed to enhancing Turkey’s economic situation and attributing a high investment potential. The favorable conditions, whether related to finance or infrastructure or even the demographic data, made Turkey an attractive and appealing investment hub.

Properties for Sale in Turkey

For investment in Turkey, seeking real estate for sale, which has become a favorite of local and foreign investors in recent years, is increasing.
Read more
28 October 2021

Real estate potentials in our country are among the priority of investors, and especially in big cities such as Istanbul, Izmir, Antalya, Trabzon, Ankara.
Read more
10 October 2021

Guide for Buying a Property in Turkey

Guide for Buying a Property in Turkey with Property Advisor Turkey. The Best Real Estate Investment in Turkey for Turkish Citizenship and Passport.
Read more